Swedish-born actress and model Malin Akerman had some of the best scenes in the underrated superhero film "Watchmen." Malin played Laurie Jupiter / Silk Spectre II. While the film did not start a franchise or anything like that, it is one of those rarest of rarities in Hollywood: an overlooked gem of a superhero film.

"Watchmen" is excellent, but carelessly thrown in the back of the closet of superhero adaptations behind the mounting number of "Avengers" and "X-Men" and "Batman" blockbusters. There simply aren't that many examples of a big, bawdy, deep superhero film that hits its marks - and leaves some as well - but just isn't noticed very much. "Watchmen" is practically sui generis.

It's a fun film directed by Zack Snyder, he of the also underrated "Dawn of the Dead" starring Ving Rhames. Malin looked like she was having fun as she pranced about in her tight get-up.

Malin favors tight black leather at celebrity events - apparently, she has a bit of a thing for leather! She wears it well, very enticing indeed! But then, Malin Akerman would look fab in just about anything.

Malin Maria Åkerman was born May 12, 1978, in Stockholm, Sweden. After two years in Scandinavia, she and her parents moved to Toronto, Canada. She started appearing in commercials at age 5 and quickly was signed to the prestigious agency Ford Models. Malin pursued a modeling career through her teen years before undertaking studies at York University in Toronto to become a child psychologist.

Åkerman was raised as a Buddhist, which inspired the lotus flower tattoo on her upper back. She also has a tattooed 'Z' on her right wrist, honoring her husband, Italian musician Roberto Zincone. After band practices, they socialized using a dictionary, as he could not speak English. They eventually started dating and married at Grand Hotel Moon Valley in Sorrento, Italy on June 20, 2007.

Malin Akerman is an international film star indeed, with admirers around the world, though she may not have the highest profile in the United States.

Her first major role was in the 1997 Canadian series "Earth: Final Conflict." She has appeared in a number of Hollywood comedies since, such as "Couples Retreat."

Unafraid to take on controversial roles, since "Watchmen" Malin has played the role of Linda Boreman, a thinly veiled portrayal of Linda Lovelace. Boreman is an adult film actress and heroine of "Deep Throat," a film-within-the-film in the biopic "Inferno."

As noted above, Malin made her mark as a model. These days, she gets to walk the red carpet more than she gets to model, but she remains in the public eye. Malin shows a decided preference for leather fashions. Below are various shots of Malin wearing her fabric of choice.

"Watchmen" is a graphic novel by writer Alan Moore, artist Dave Gibbons, and colorist John Higgins. It was serialized as a limited series by DC Comics in 1986 and 1987 and collected in book form in 1987. "Watchmen" originated from a story proposal Moore submitted to DC featuring superhero characters that the company had acquired from Charlton Comics. 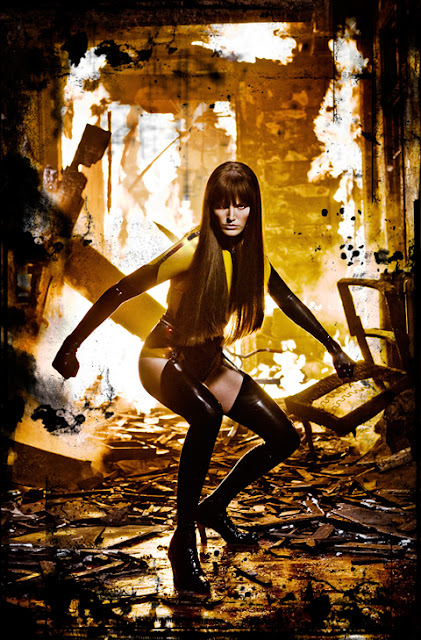 As Moore's proposed story would have left many of the characters unusable for future stories, managing editor Dick Giordano told Moore to create original characters instead. The 2009 film is based on the graphic novel. 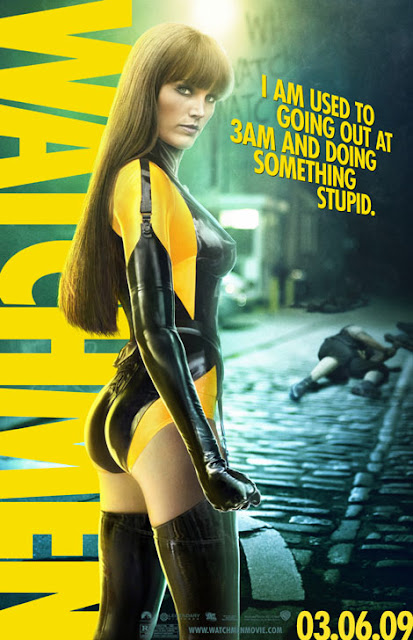 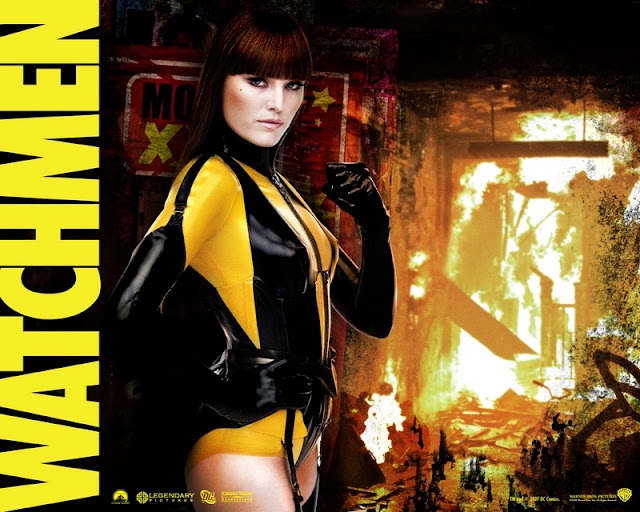 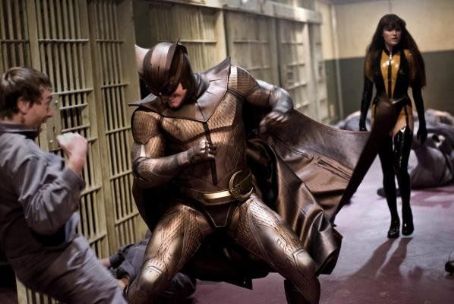