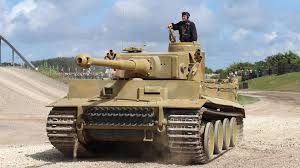 Christina Rene Hendricks (born May 3, 1975) is an American actress who is famous for her curvy figure. Well, she's actually best known for playing Joan Harris on AMC television series "Mad Men," but the curvy figure is part of the deal.

There is a lot more than "Mad Men" to the fabulous Ms. Hendricks, so let's see what we can find out.

Christina is from Knoxville, Tennessee. Her father is British, so Christina holds dual citizenship.

Christina's family moved about a bit while she was little, with stops in Portland, Oregon and Twin Falls, Idaho. She began acting as a child whilst in Twin Falls in children's musical theater. The family later moved to Fairfax, Virginia.

Christina now claims to have had issues at Fairfax High School. As with many beautiful actresses, she subsequently claimed to have been bullied and made an outcast. She also claims to have adopted a "goth" look which was popular at the time.


At age 18, Christina entered a competition to appear on the cover of Seventeen magazine. While she did not win the contest, she did get signed to a modelling agency. Christina promptly moved to New York City.

Christina then moved on to modelling in her twenties. At age 24, she nabbed an appearance on MTV series "Undressed" playing Rhiannon, appearing in four episodes. As Christina likes to say, "Most people in Los Angeles have that on their résumé," but not everybody uses it as a springboard to stardom.

The "Undressed" break quickly led to more roles on television series. Christina played Kelly Kramer on "Beggars and Choosers" in 2000-2001, then made four appearances on top-rated "ER" in 2002. She also appeared in several television movies such as "The Big Time" (2002) and "Hunger Point" (2003).

Christina put in her time with guest-starring roles on television series such as "Tru Calling" in 2004 and "Firefly" (as Saffron) Her next regular series role was in "Kevin Hill" during the 2004-2005 season.

Aside from episodic television work, Christina also appeared in music videos for Broken Bells ("The Ghost Inside") and Everclear ("One Hit Wonder").

Christina kicked around Hollywood for a few more years. In 2007, though, came her biggest break, the role on "Mad Men." The series ultimately lasted until 2015 and saw Christina appear in 92 episodes.

The "Mad Men" gig was a career role. Christina played the office manager of advertising agency Sterling Cooper & Partners. There was a great deal of sexual politics in the series. Ultimately, Christina received six Primetime Emmy nominations for Outstanding Supporting Actress in a Drama Series.

Hendricks is a terrific actress, and she is known for two things: her trademark red hair and her hourglass figure. Christina has heard it all, but she does not like the term "full-figured," so don't go there with her! However, no less than the British Equalities Minister Lynne Featherstone has said:


Christina Hendricks is absolutely fabulous... We need more of these role models. There is such a sensation when there is a curvy role model. It shouldn't be so unusual.

Many people compare Christina to Marilyn Monroe, who was not particularly known during her time as a full-figured woman. However, by current standards, Monroe would be a bit more voluptuous than most actresses and models.

"Mad Men" did not take a tremendous amount of time to film, as 92 episodes spread over 8 years leaves a lot of weeks for other projects. Throughout the run of the series, Christina took several other projects each years, including voicing Sam Harper on video game "Need for Speed: The Run."

After "Mad Men" concluded its very successful run in 2015, Christina was a household name. Since then, she has remained extremely busy in films such as "Bad Santa 2" (2016) and "Pottersville" (2017).

Christina also has had recurring roles on television series "Hap and Leonard" and "Another Period."

Christina married to fellow actor Geoffrey Arend on October 11, 2009. They do not have any children, and Christina has said that they do not intend to.

I choose a project based on who's involved and my faith in them and the script and the rest you just let go.

I don't think any woman in the world could get tired of being compared to Marilyn Monroe.

I know that when I play Joan and she's going to react a certain way, I have to remember that she can only behave this way because the men at work wouldn't want her to act this way, or it's only appropriate to act this way, or a lady would do this. It's become so natural to me to look at the scripts of Mad Men (2007) in that way that I immediately almost become a woman of the 60's in my mindset.

Christina has made the "Sexiest Women" lists in, among places, FHM and Men's Health.